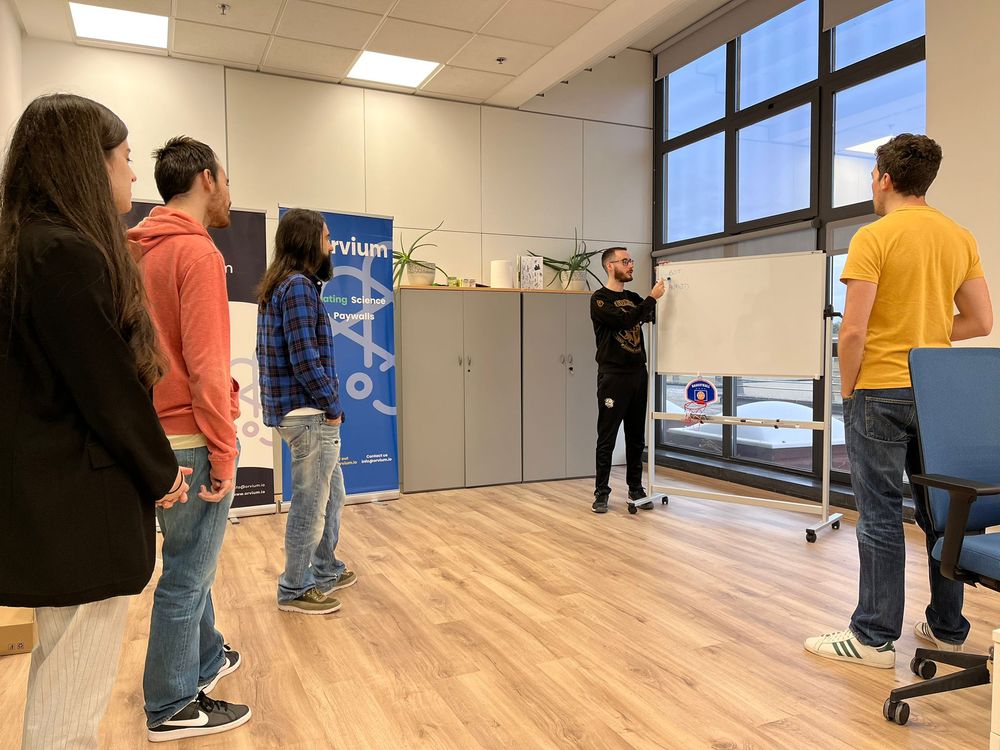 Today's post is all about the first-ever hackathon at Orvium. We will tell you everything you need to know about how it works and also how we did it. So let's go!

What is a Hackathon?

Basically, a bunch of developers join forces to build a specific functionality or program in a limited period of time.

It is an intensive event in which every programmer presents a new and original idea to develop in a limited range of time between 24 and 48 hours. The main reason for the hackathon is to present and develop an innovative and creative idea or solution.

In the end, this kind of event encourages creative thinking and innovation, also teamwork. And let's not forget all the new things you can learn from it.

First day of the hackathon

The Hackathon at Orvium was two days of hard work at the office. On the first day, the Tech Team must present as many new and original ideas as they want for the rest of the team, everyone must listen very carefully because later on, they will have to vote for the more interesting one.

Once the team had presented every idea, they discuss the pros and cons for everyone in order to vote for one, because the Tech Team was really prepared and came up with a bunch of good and new ideas for Orvium to improve!

After the most voted idea came up, the team also agreed to save the rest of the ideas to improve later on at Orvium. But as the Hackathon was still up they had to start working right away. So next step, wrote down everything they need to do in order to achieve the final product!

Brainstorm ideas, step by step the things that the team will have to do, and also the division of duties so that way they work better organize and faster.

Right at midday Team must charge energy to keep working during the Hackathon so... A pause for food is always a good idea. Pizza for the team!

Okay, back to work team. The first day of the hackathon ended with a meeting to discuss everything they had reached during that day and organize what was left for the second and last day of the Orvium Hackathon.

Second and Last Day of Hackathon

Last day of hard work for the Tech Team at Orvium. First, a quick meeting to talk about the things already done and the things left to do during the day. And back to work!

There was laughing and emotion to see how the product was taking form. The team gets to learn new things, get to know more about each other, and increase the amazing teamwork they already got.

The challenge to develop, a platform chat

Here's the reveal of the product the Tech Team has been working on. The winner's idea for the Hackathon was a chat on the platform for researchers to talk between them in a better and more dynamic way. The chat works only for people already registered on the platform and between two people in a private way. In the future, the Tech Team wants to improve the chat for authors and editors of the community to have a group chat, to make it easier to communicate between them.

How was the process? How's the product now?

In the beginning, they created a chat to talk only with themselves to prove how they wanted it to look and work. Once they debated it, they move on to the next phase. Which was to chat with different people in a private way. The team split efforts to speed up the process, so one part of the team was in charge to create a way to send messages and the other part started with the final design and UX.

As they only had two days to work on it, it wasn't enough to implement all the ideas they had for the chat. Right now the team will keep working on it implementing a ''live'' chat where you can see if someone is tipping, broadcast messages to a community board, and receive real-time notifications. As soon as it gets finished it will be released to our live environment so you all can enjoy :)

End of the Orvium Hackathon

A final meeting to talk about every implementation they had made, how well developed the final product was, their skills, and some weaknesses during the process that they will keep working on.

And that concludes the first Orvium Hackathon Tech Team! We hope this is the first one of many more to come. We can't wait to show you the final product already working on the platform and we hope you like it and enjoy it as much as we do.

Also, don't forget to tell us what you think about the product or even what new implementations would you like to see on our platform in the comments section down below!

If you want to know more about us, don't forget to visit our platform and check out our Orvium Bites section, where we explain the different functionalities we offer on our platform.

All the information related to scholarly publishing, academia, the Orvium project, updates, and more! 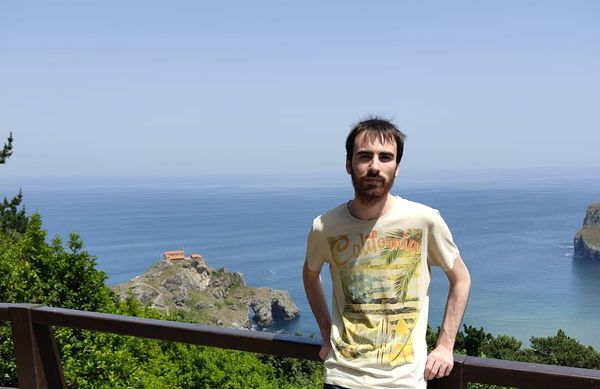