Science and Its Impact on the Society

Science has a major impact on society and it is the force behind some of the most revolutionary changes in human history, drastically improving the way we live, communicate and work. It even extends the length and enhances the quality of life itself, thanks to technological and medical innovations in areas like cancer treatments, depression, heart disease, and many more.

The remarkable achievements of science have been made possible thanks to many factors. One of the most important is the definition of a very well structured and highly collaborative process where researchers are usually inspired by existing research to generate new ideas and improve the results previously obtained by other researchers.

Therefore, how scientists disseminate their results and discoveries plays an essential role in the science cycle. However, despite its importance, knowledge dissemination has been seriously compromised by the current scientific publication industry.

The Hidden Problem of Scientific Publishing

Contrary to what most people think, the scientific publishing industry is one of the most important and profitable in the world. The global market is estimated at $25 billion and profit margins have been reported to exceed those of companies such as Google, Amazon, and Apple. To accomplish this, publishers have foisted the cost and effort of publication onto the community that they serve.

First, governments fund most of the research and once research results are ready for publication publishers acquire them for free. Second, the bulk of the editorial burden is done by scientists on a voluntary basis, their salaries are normally paid by the government and research institutes. Finally, publishers sell the product back to government-funded institutions and university libraries, who, in a collective sense, created the product in the first place.

However, this is only the tip of the iceberg. Scientific publishers have established a publication model that damages the research community and, by extension, science in general. One of the problems is the high publication costs that authors have to face, in some cases up to 3,000–5,000 USD per publication, excluding researchers with fewer resources. In addition, authors are forced to grant copyright to publishers to exploit their content commercially without any retribution.

There are more issues, such as long, opaque and oftentimes biased publication process; lack of rewards and recognition for reviewers; and a proliferation of low quality journals, just to mention a few of them.

Orvium is the first open source and decentralized framework for managing scholarly publication’s life cycles and the associated data. Our goal is to help the scientific community share its publications, eliminate existing inefficiencies and biases of the publication market and improve the quality and effectiveness of the publication life cycle. The ultimate objective is to become the leading publication platform for the research community while returning the benefits of science to society.

Orvium uses blockchain technologies and decentralized storage to create a fully public, traceable, and trustworthy record of the publication process. Every relevant action in the publishing process such as paper submission and peer reviews will be registered in the blockchain and accessible to anyone, making science more transparent, universal and open than ever before.

And the changes don’t stop there. Orvium brings additional benefits to scientific publishing:

Integrating heterogeneous data sources such as transactions in the blockchain, existing research literature and connections between researchers and publications, Orvium will be able to calculate the impact factor in an optimal way, identify citation and peer review rings, automatically classify papers by field based on their content, or identify emerging trends and topics in specific research communities.

Orvium’s model is built on the Orvium token (ORV), a new digital token created specifically for the platform. Across the different phases of a manuscript’s and journals life cycle, actions such as manuscript submission, peer review, payments for copyright licenses, research data sharing, journal management, etc., will generate exchanges of ORV between institutions, authors, reviewers, journal owners, readers, and any social actor involved.

This decentralization unlocks the full potential of a new fair, transparent and competitive market controlled by the entire community and free of biased, oligopolies and hidden interests.

More information about Orvium is available in the whitepaper. During the following weeks, we will announce more details about the project including the Token Generation Event and the release of the MVP.

Join the Orvium community by subscribing to our Telegram channel. 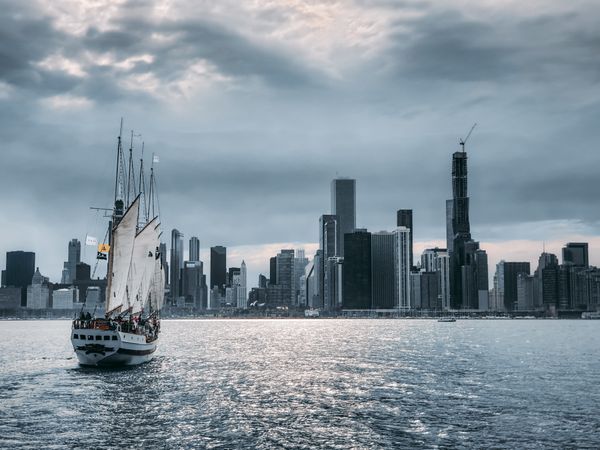 A brief look at the evolution of scientific publishing.